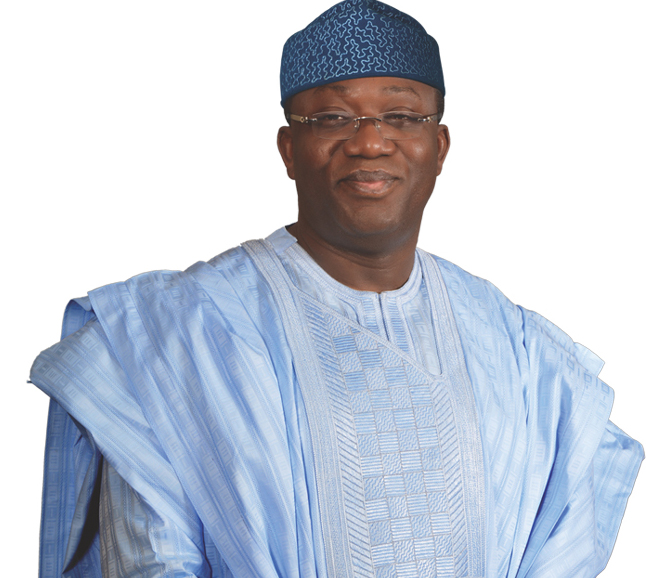 Dr. Kayode Fayemi is the Minister of Solid Minerals Development in the Government of the Federal Republic of Nigeria. He has the mandate of Nigeria’s President Muhammadu Buhari to reposition the Mining sector to contribute optimally to the administration’s priority agendas of diversifying the country’s revenue base and creating jobs and economic opportunities for the young population. He was Governor of Ekiti State between October 16, 2010 and October 15, 2014. He holds degrees in History and International Relations from the University of Lagos and Obafemi Awolowo University respectively, a Doctorate in War Studies from King’s College, University of London and is a Fellow of the Centre for Peace and Conflict Studies, University of Ibadan. His research and policy development interests include: Democratisation, Constitutionalism, Security Sector Governance, Civil-Military Relations and Regionalism in the Global Context. Amongst other academic and public policy engagements at home and abroad, Dr. Fayemi has lectured in Africa, Europe, the Americas and Asia. His role in the struggle to restore democratic governance in Nigeria is documented in his book Out of the Shadows: Exile and the Struggle for Freedom and Democracy in Nigeria (CDD, 2005). His other publications include: Mercenaries: The African Security Dilemma, co-edited with Abdel-Fatau Musah (Pluto Press, 2000); Deepening the Culture of Constitutionalism: The Role of Regional Institutions in Constitutional Development in Africa (CDD, 2003); and Security Sector Governance in Africa: A Handbook (co-edited with Nicole Ball, CDD, 2004); Reclaiming the Trust (Amandla, 2012); Regaining the Legacy (Amandla, 2013); and Legacy of Honour and Service (Amandla, 2014). Dr. Fayemi is a member of the governing All Progressives Congress (APC) and chaired the political party's National Convention Planning Committee that conducted the transparent and credible Presidential Primary election that produced the party’s Presidential Candidate for the 2015 general election and now President. He also served as the Director, Policy Research and Strategy of the APC Presidential Campaign Council.

Hon. Abubakar Bawa Bwari was appointed Minister of State for Solid Minerals Development on November 11, 2015. A consummate politician with extensive working experience in both public and private sectors, he began work as a planning officer with the Niger State Ministry of Lands, Survey and Town Planning in 1988 before setting up his own practice, Tropical Design Associates in 1994. His other business interests include Gamji-Tech Aluminium Company, Mercury Nigeria Ltd, Interstate Property Development Company and a dealership with Unipetrol Nigeria. Elected member of the House of Representatives for Suleja/Gurara/Tafa Federal Constituency in 1998, he served as the Chief Whip of the House for 8 years (between1999-2007), becoming the longest serving member of the National Assembly leadership. During this eventful period, he was elected Vice President of the African, Caribbean, Pacific and European Union (ACP-EU) Joint Parliamentary Assembly and Chairman of the planning committee, ACP-EU Joint Parliamentary Assembly in 2000. In 2004, he was awarded Officer in the Order of Leopold (the highest honour bestowed on a foreigner) by His Majesty King Albert II of Belgium, and in the same year, he received a honorary Doctor of Laws (LLD) degree from the City University of Los Angeles. Hon Bawa Bwari holds a Bachelor’s degree in Geography and a Masters in Urban and Regional Planning from the Ahmadu Bello University, Zaria and is a registered member of both the Nigeria Institute of Town Planners and Town Planning Registration Council. Hon. Bwari is widely travelled and enjoys sporting activities (he is known to be an excellent Football Match Commentator). He also enjoys reading and continues to be actively involved in environmental issues and projects that directly impact on the lives of his people.